A few decades ago, the Balkans were considered, „gunpowder keg” of Europe. Phrase is used, as in the Balkans, began major conflicts as a result of local conflicts: in 1908, the Austro-Hungarian Empire annexed Bosnia and Herzegovina, 1912 and the First Balkan War Balkan Union, 1913 Second Balkan War in 1914. Assassination in Sarajevo. The attack killed the Austrian prince, Franz-Ferdinand by Gavrilo Princip Bosnian student. Start World War!
Americans have tried to start, another war throughout Europe. The war in ex-Yugoslavia.The preamble of another Crusade. Americans have not succeeded. They reinforced the Albanian Muslims!

The Crusades were military expeditions of the Western feudal order to conquer and colonize parts of the Middle East, especially Palestine and Jerusalem.
They came in a company expanding political and military. They are a complement to the process of colonization that occurred in Europe. They were attended by all classes and social strata.                                             Wikipedia

This role of the Crusaders, they arrogate to themselves, Americans in all the places in the world.    They went in  Afghanistan, Iraq …… They want to intervene in Korea, in Iran. They Can not understand that encounter different cultures, and liberal attitude of the Americans,  irritates all over the world.Swingers attitude and arrogance!
Funding to  Afghans in fight against the Russians, gave strength  al-Qaida in her trust.  I said this, looking at events in Egypt! The powder keg is now the Arab world! I’m sure the Americans are mixed in  Egypt. They led out of the shadows and the events of 1989 in Eastern Europe. We must  not forget that: they inflames things and major conflicts are born. Under the umbrella of the UN  make  the first step and then move everything under NATO control. NATO has become to be like a U.S. Army.

Muslim fundamentalism is like the Inquisition of the Middle Ages.

Islamic fundamentalism and jihad 3.1
Currently, the concept of jihad is reinvented, personalized and transformed into a political instrument. Neo-fundamentalist Islamic groups promote the need for jihad to trigger permanent duty of every Muslim to fight to the death against the West. The war in Afghanistan in late 1980, shows Gilles Kepel, Jihad has become globalized culture. The rest of the work Colonel (r) Dumitru Codita find it here

In essence, the conclusion of this first article in a series that follows, I mean below. Let us not enjoy events that are theoretically far from where we are geographically. We do not know how close we are to „End of Days”! A war on a planetary scale. It can not be stopped by anyone. It will stop by itself! They left few survivors. They will not know what actually started this war.

I bluntly ask Americans to stop conspiracies in the world, for some ephemeral economic interests. So Israel. World peace is more valuable than your own petty interests.

Dear bloggers, Basescu and his pack of hyenas, are ours. Do not try to outsource the comparison with Egypt’s President or others. We were stupid! We have enriched them. We need to remove them! To send them to jail! Right now, my opinion is that Basescu’s are a low risk addition to world peace!
We may fight against Basescu! But we worry for the future of the planet!

Please, my English readers to correct me if possible. Do not speak good English. Sure we made mistakes of expression!

2 gânduri despre „Let us pray for peace in the Muslim world! A war in the Middle East will lead to major catatclism Earth!”End of Days”” 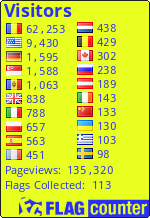